What Are Some Of The Strangest Phobias? 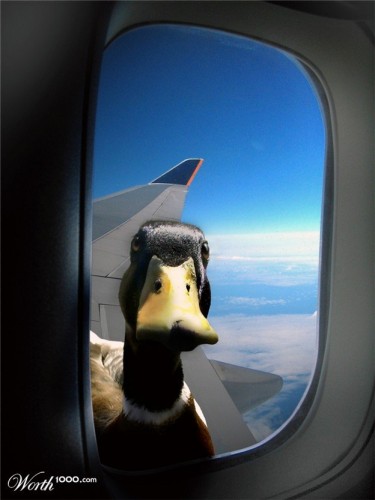 The fear that somehow, somewhere a duck is watching you.

Susan Hayes answered
Public speaking, spiders and heights are some of our most common fears. They can be embarrassing, occasionally make us squeal like a little girl in public, and potentially give your friends something to tease you about for years to come.

Phobias though, are a completely different matter. A phobia is a fear so strong and compelling that no matter how illogical, it transforms its victim into a fearful and anxious bundle of nerves; willing to do anything they can to avoid the source of their terror. 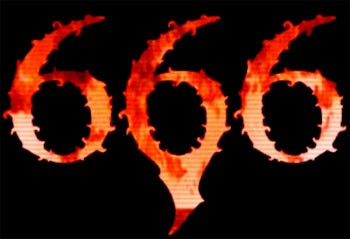 If you flip the picture its "999". There, problem solved.There are several phobias involving numbers, but this one takes the cake both for being impossible to pronounce and being straight up strange. It is the fear of the number 666, in Christian believes this is the “Number of the Beast” and has satanic connotations. Those who suffer from this phobia will go to great lengths to avoid any situation where a 6 appears three times out of fear that any exposure will bring terrible consequences. 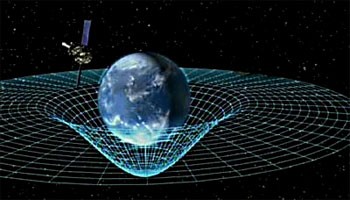 Gravity is everywhere, affecting everything. It’s a constant force that works to keep your feet on the ground, the moon in its orbit and skydivers hurtling at a consistent speed towards the earth’s surface. It is as inescapable as death, taxes and a mother’s nagging.

For some though, gravity is a thing to be feared, a terrifying force that could change at any moment and crush them to death. Often this terror is made worse when barophobes are riding escalators, elevators or midway rides like Ferris wheels and roller coasters, anything that alters g-forces by even the slightest amount can trigger a feeling of panic and dread 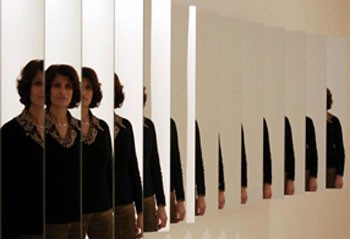 Mirrors are everywhere, bouncing our reflections off buildings, bathroom walls and change rooms. We use them to fix our hair, straighten our ties and find out who is the fairest of them all.

For eisoptrophobics every mirror is a threat, and faced with their own reflection they spiral into panic. For some it is a belief that looking at their reflection will drag them into a supernatural world that exists on the other side of the glass, for others it is a deep horror that stemmed from low self-esteem and a desire to avoid seeing themselves that grew into a crippling fear. 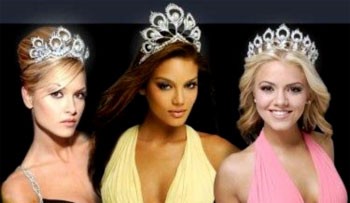 Silicone, make-up applied with a trowel & teeth so white they're blinding. No wonder people fear themFashion and film rely heavily on the iconic beauty of their stars, stunningly beautiful women whose features are touted as a physical ideal.

What most would consider a dream, some phobia suffers consider a nightmare, their deepest terrors triggered by the appearance of a beautiful woman. For some this pervading dread of a femme fatale haunts their every waking moment, for others it is only when they are exposed to a bombshell of a babe that the anxiety and fears kick in.  Either way, I'm betting there are not many caligynephobics living in Hollywood. 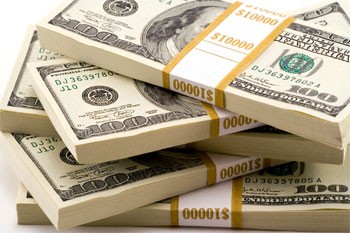 And its covered with germs tooMoney is the lifeblood of the modern world, earning it, spending it, diving into vaults of sparkly gold coins like Scrooge McDuck, we are all in its thrall to some extent.

For the Chrometophobe though, money is a plague of fears and worries that never stop. This phobia takes on different flavours; for some it is a deep terror they will mismanage money and wind up destitute. For others it is a voice that whispers that money is the root of all evil, convincing them that it will destroy them utterly.

Anthophobics' idea if hell has a pollen countThe expression “Say it with flowers” takes on a whole new meaning for those who suffer from this phobia. Anthophobics are afflicted with a deep and irrational fear of all things budding and beautiful.  Despite their awareness that this is illogical, sufferers of this aliment can be terrorized by a posey, its petals or stem. 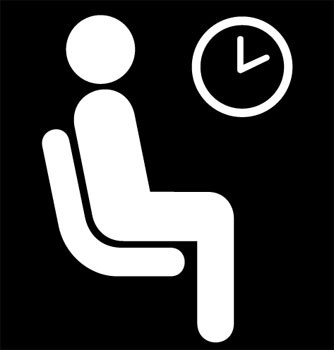 Doctor’s office or check out line, no one really likes to wait. We all have places we’d rather be, doing things far more fun than perusing ancient magazines or standing in long lineups scanning the tabloid headlines.

When you are afflicted with macrophobia though, a long wait is much more than an inconvenience, it is a trigger to anxiety attacks and all out terror. One of the more mysterious phobias, the reasons for its development is often not known, but the fear and anxiety any sort of wait causes are very real.

If Colonel Saunders had suffered from this phobia we’d have never known the tasty joy of his 11 herbs and spices.

Alektorophobia is the medical term for being chicken about chickens. Sufferers of this condition constantly worry that these peaceful poultry may become aggressive, swooping down to startle and peck them, spreading their avian diseases and threatening the victim’s well being. With the discovery of avian flu, I can only imagine many sufferers of this ailment screamed “I knew it all along.” 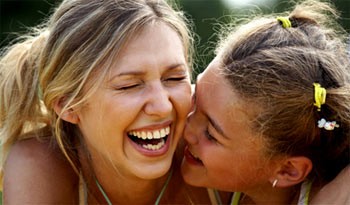 Laughter isn’t always the best medicine; in fact if you have geliophobia it is about the worst thing in the world.

People suffering from this aliment often live in terror that they will laugh or smile at the wrong moment, or find the sound of laughter to be gutbustingly horrifying. Comedians and class clowns are these people’s worst enemies, and for them a sitcom laugh-track is more like the soundtrack of Hell.

Peanut Butter Sticking to the Roof of your Mouth 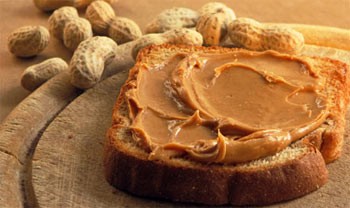 On theck, I haff somving sthuck to the roof of my mouffWhether you like it crunchy, smooth or as part of a Fluffernutter sandwich, most people enjoy this sticky treat from time to time and never suffer a single qualm.

For others though, the thought of eating peanut butter can send them into a paroxysm of panic. Arachibutyrophobes cannot cope with the idea of getting this goo stuck inside their mouth, and this fear can build until not only are they afraid of peanut butter, but any and all peanut products and even glass jars.

There is nothing so welcome as a soft pillow and warm quilt at the end of a long day; most of us look forward to burrowing under the covers and letting the world slip away for a few blissful hours of sleep.

Unless you suffer from this phobia, in which case sleep is not welcome at all. Stemming from a fear of losing control, Somniphobics are convinced that if they sleep they will not be able to wake up again, not even if they world around them was being shredded like protons in the Large Haldron Collider.  Another common fear is that while they sleep they are vunerable, and could be attacked or even killed while they visit the land of dreams. 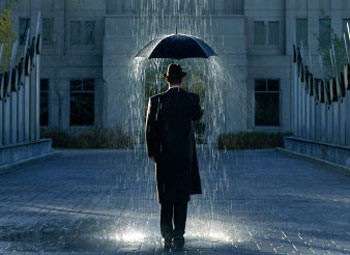 The only ones who really like wet weather are ducks and other waterproof critters, but most of us can cope with a rainy day with an umbrella and a pair of rubber boots.

Ombrophobics need more than an umbrella though, as their deep fear of precipitation means they will never be caught singing in the rain. This phobia of getting rained on can get so bad that just hearing the soothing pitter patter of rain on a rooftop can bring up feelings of dread and anxiety. 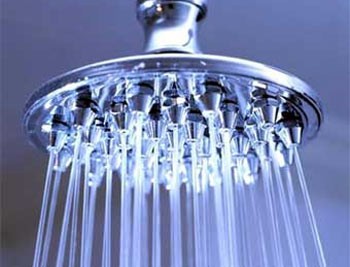 A hot shower is part of morning rituals all around the world, as needed as that first cup of coffee. If you offer a hot bubble bath to an overworked Mom and she’ll be in the suds before you can say “spa.” But not everyone feels that way about getting clean.

Ablutophobia is the fear of bathing, and those afflicted with this disorder can suffer paralyzing levels of fear just thinking about washing up.  It is most commonly seen in children, women and anyone named “Pigpen.”

World's most adorable ablutophobeThe victim cannot bear the idea of cleaning themselves, reacting to the idea like they’d just witnessed the shower scene from Hitchcock’s movie Psycho.

Seffie Jones answered
Well, I have a strange phobia of vomit.

Being stuck in small spaces or an elevator.

Anonymous answered
Arachibutyrophobia is ridicilous a lot of them are! I think people are making these up to gather attention from the people around them these people make themselves suffer for no reason these make life beyond endurance!