What Is A Moral Panic?

Susan Hayes answered
A moral panic occurs when an event or group emerges that rocks society’s boat the way that iceberg rocked the Titanic, threatening to capsize the values of the day and causing a panic that is utterly bewildering to those not caught up in the insanity. 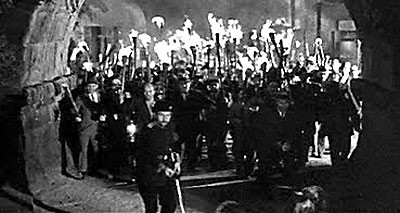 It is a strange and new idea, thus it must be destroyed!
On some level everyone fears change. From the moment we are dragged screaming from our mother’s safe, warm womb and out into the cold reality of life, we treat every new experience with doubt and suspicion. After all, we tried creamed spinach didn’t we, and look how that turned out! Sometimes this resentment grows into a beast of fear and hostility that takes on a life of its own and runs rampant through the minds of normally sane men and women, turning them into a panicky mob looking for a place to plant their pitchforks. 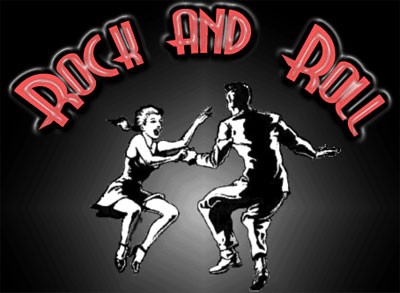 The Satanic Ritual also known as the dreaded Sock Hop
In the wholesome 1950’s where housewives cooked pot roasts while dressed in heels and pearls, a terrifying new sound hit the airwaves. Called the devil’s music, Rock and Roll was blamed for everything from destroying the moral fibre of the day’s youth to an increase in premarital sex and deviant behaviour.  Elvis Presley, Buddy Holly and other crooners sent the watchdogs of society into a frothing panic as white men performed music that made them “sound black” and shattered cultural divides that had existed for generations. Truly the world was about to come to an end to the tune of “Hound Dog”.

Church and community leaders accused the NAACP (National Association for the Advancement of Colored People) of organizing this new music as a diabolical plot to corrupt the values of white youth. The Ed Sullivan show could only show Elvis from the waist up to avoid his sexually charged hip gyrations, Connecticut ordered Fats Domino’s concert cancelled to prevent the rioting that will surely take place if young people are permitted to attend and the Everly Brother’s song “Wake up Little Susie” is banned from Boston’s airwaves for its purportedly lewd content.

To this day Rock & Roll and the musical genres that it spawned are still accused of the same terrible crimes as fifty years ago, including accusations and a lawsuit claiming that Heavy Metal rock band Metallica’s song Fade to Black caused at least one person to commit suicide.  Fundamentalist Christian organizations commonly accused rock bands of backmasking, a process used to insert satanic messages into songs which could only be heard when played backwards.  If you’ve ever tried to play a record backwards, you’ll know what you can hear is more akin to the mating call of a moose, filtered through a tub full of jello than a set of satanic commands. 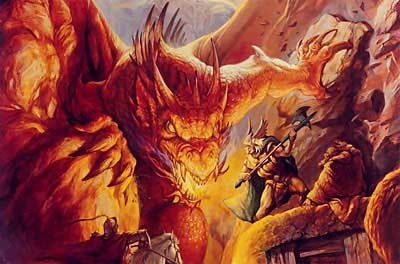 Here there be dragons, and psychosis.
D&D is a role playing game created in the 1970’s and made popular in the 1980s, and is still very popular with nerds, geeks and basement dwellers today. Throughout its history this game of imagination and adventure has been plagued with accusations that it encourages satanic worship, sorcery and witchcraft. Ask a non-gamer about D&D and you’ll likely also get told that it causes depression, suicidal thoughts and can lead to schizophrenia and psychotic breaks. Is any of this true?  No.  But thanks to a full scale moral panic, many still believe that too much imagination creates Satanists and serial killers.

Several people have written extensively on the dangers of role playing games, including Patricia Pulling, who sued TSR, the company that distributed D&D, claiming they were responsible for the suicide of her son. When her suit failed she formed the very lamely named organization BADD, Bothered About Dungeons and Dragons.  Proving she was truly bothered aboug this innocent role playing game, she began a personal crusade that would last the rest of her life, despite such inconvenient issues as not having any true understanding of either D&D or the occult forces she claimed D&D recruited for.

James Dallas Egbert III was the inadvertent cause of another wave of moral panic when he disappeared from the utility tunnels under the Michigan State University. Despite the fact that Egbert had never played D&D in his life, the private detective hired to find the missing youth remarked to the media it was his belief that Egbert had been playing a live action version of D&D at the time of his disappearance. Though entirely wrong, the media reported this as fact and soon it was the accepted story.  In actuality Egbert had attempted suicide, failed, and had gone into hiding for a month while he recovered. This story led to the writing and airing of the movie “Monsters and Mazes”, a thinly fictionalized account of the Egbert case where the protagonist suffered from a psychotic break while playing D&D and could not separate reality from his fantasies. 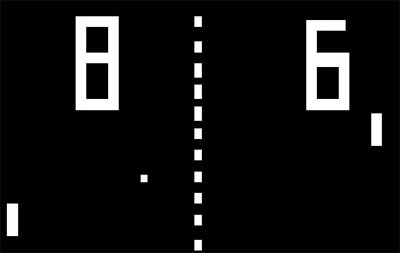 From the first time siblings beat each other black and blue over a game of Pong, the overly vigilant watchdogs of the status quo declared video games to be training tools for violence, mayhem and murder.

In 1983 a video game arcade set to open in that same open minded state that banned rock concerts for fear of dance induced rioting, Connecticut. The arcades opponents declared that the store owner “would mesmerize their youngsters, rob them of their lunch money, provide them with a center for illicit drug traffic and cause the downfall of youth baseball, music lessons and, yes, the very Scholastic Aptitude Test scores of the community" (New York Times 27 Apr. 1983).  They managed to forget to mention Satanism, but I'm sure it was an accidental oversight.

By 1993 first person shooter games and games that depicted live action for the first time made for a more realistic gaming experience, and parental panic rose quickly. Senator Joseph Lieberman, champion of moral outrage and sworn enemy of electronic fun in all forms, declared that these games were the equivalent of R rated movies and were being marketed to children. Senatorial hearings were called, and leading members of the electronic entertainment industry were called on to answer for their magical technology and its corrupting content. After the hearings the gaming industry adopted a self-imposed rating system using a number of rating levels to depict a variety of content including violence and sexuality, ensuring kids everywhere would yearn for those games with the highest violence ratings and the promise of digitized sexuality.

In 1999 the Columbine killings triggered yet another level of panic, as parents learned that the suspects in those shootings spent a great deal of time playing first person shooter games like Doom and Quake. The media fanned the flames of fear, and soon parents, activists and government officials alike were all declaring the incident the fault of video games that were actually training their children to be killers. President Clinton requested a study be done by the Surgeon General on the effects of video games and other media on children. The results made it clear that media violence of any kind had little to no impact on children’s behaviour. In fact it ranked video games as the tenth most significant risk factor, far below such elements as poverty, substance abuse, natural aggression and a violent upbringing. Since the report was made public it has been almost universally ignored by those who still wave their torches and howl in protest at the dangers of video games, because everyone knows you can’t trust science, after all they created video games in the first place.

Anonymous answered
Moral Panic can be used to define an incident such as the H1N1 virus.  It actually isn't as out of control as the media is making it.  When the media exaggerates things such as this, it leads to a moral panic.  This means that society in general begin to over react about such a situation, leading to moral panic.