What Different Funeral Customs Are There In The World?

Anonymous answered
Dying is never fun but a lot depends on where you are in the world when you decide it's time to drop. So, should you feel like finishing things off in a slightly different way, here are some of the more interesting funeral customs across the globe: 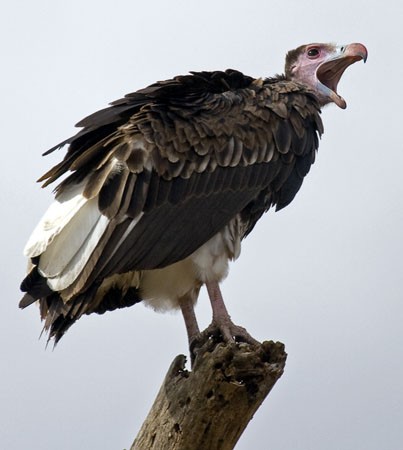 So we'll start with one of the more interesting and ancient ones. The ancient Zoroastrians believed life was a constant battle between light and dark, good and evil. Their duty was to preserve the natural balance until, as with all eschataological beliefs, the world would end and a new better world would be born in which true believers would live forever in spiritual delight.

However, in the boring material world people die and need to be disposed of. How to do this without upsetting the elements? Well the Zoroastrian way, which still exists in parts of Iran and India, is to perch the naked body onto a 'dokhma' (a stone tower) and let it be eaten by vultures. No waste, you see. Apparently in recent years a lack of vultures in India has made this process more difficult.

A very similar custom called sky burial was practised by Buddhists in Tibet who believe the body is nothing more than flesh after death. 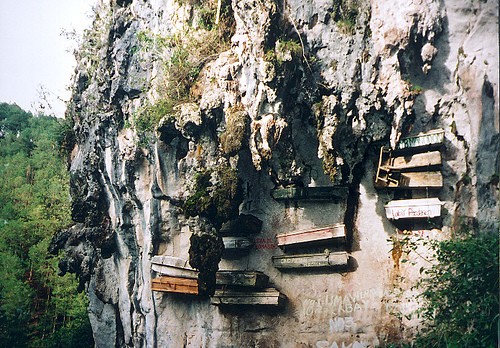 In certain regions in China and the Philippines it won't be just birds you find nesting on cliff faces. Because the ancient tradition of coffin hanging amongst some groups, primarily the Bo people in China, in Sagada on Luzon Island in the Philippines and amongst the Sa'da Toraja people of Indonesia ensured some of the best spots for the deceased. The coffins were lowered down on ropes and fixed between wooden stakes. The practice does not exist today but the coffins are still there with their beautiful sea views. 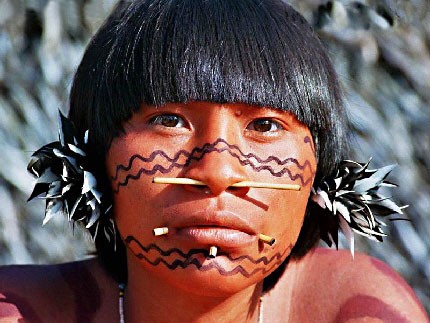 The Yanomami tribe of the Amazon do not believe in death. Or at least they do not believe in death as a natural state. They believe all death is inflicted from a hostile source, an evil spirit, a shaman of another tribe. To ensure the evil is destroyed the Yanomami cremate the body after death and swallow the ashes, during which there is a lot of screaming and shouting, thumping the earth and singing.

Another form of endocannabalism is practised by the Amahuaca tribe of Peru. They like to crush the bones of their tribe members into a paste, cook and eat. They also take hallucinatory drugs and kill their children. Still if you're a woman you get to enjoy the company of all your husband's brothers.

In the Andes the Paracas people would shape their dead into the fetal position and wrap them in a bundle with gifts, clothing, food and gold. The funeral bundle was then moved to a nearby burial site, often in a cave and marked with a pole or a cane. 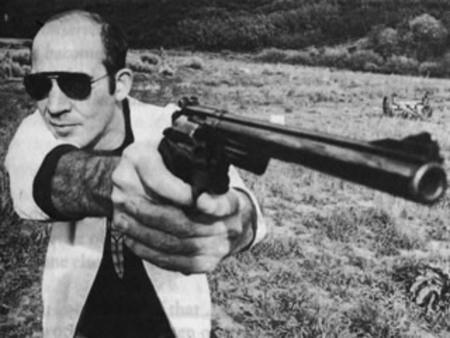 The great thing about ashes is you can scatter them anywhere. Off a cliff, in the sea, on a football pitch, in a computer, even in space. And yes all of these scatterings have happened. To be buried in a computer was the dying wish of one William Alan Watson who is now spending his time inside a SPARCstation. The floppy drive, hard drive and power supply had to be removed to accommodate William but apparently he now rests very peacefully. Condolences were written on Post-it notes and posted through the floppy slot.

One of the first men on Earth to have their ashes exploded in space was Star Trek creator Gene Roddenberry. In 1997 Gene along with the ashes of writer Timothy Leary and nineteen others were popped into a space capsule and blasted into orbit. Unfortunately after ten years the capsule dropped back to Earth and burnt up in the atmosphere. Still they were ashes not people.

Writer Hunter S Thompson (pictured above) was determined to cause a bang. His final wish after he shot himself through the head was to be the central part of a huge fireworks display. His ashes were exploded from a 150ft cannon during a party at his home in Colorado, all paid for by the actor Johnny Depp. It cost millions apparently. 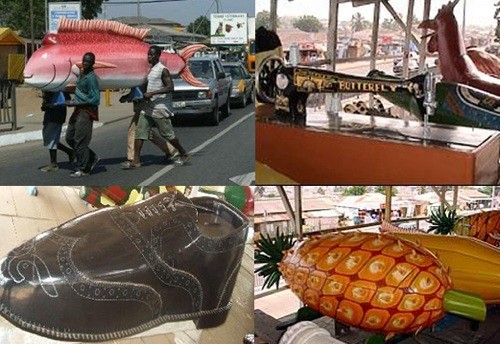 Getting buried in Ghana is fun. Especially if you're a member of the Ga tribe. The Ga tribe do coffins in a big big way. Basically whatever your job was or your love, interest or hobby is exactly what you are going to be buried in the earth in. So that guy down the road who loved cigarettes and smoked 100 a day and died yesterday at the age of 45 will be buried in a giant cigarette. The man who wore new shoes everyday will enter the ground in a giant shoe. The woman who washed floors is buried in a bucket, the fish man in a fish, the kid who liked coke a Coke bottle. You get the idea? It is simple and it is brilliant and I want to die in Ghana. 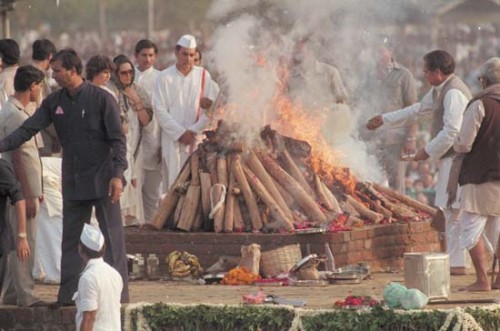 We need to devote at least three lines to the world's main religions so here goes: 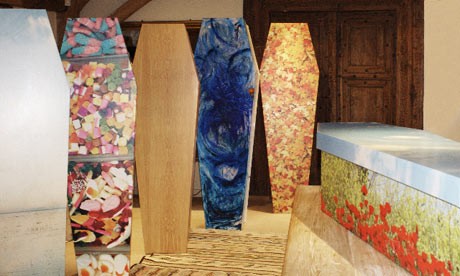 As the world gets greener so do the funerals. You can now be buried wearing a bio-degradable shroud inside a cardboard or bamboo coffin within an eco-cemetery (a park or natural woodland) with a tree planted on top. Noone will know you were ever here.